Previous Post
10 Saudi Women Just Got Their Drivers Licenses, Can they Become Drivers Too? We Ask Uber
Next Post
KarmSolar And ElBadr Look To Raise $22 Milllion to Light Up an Entire Mall in Cairo with Solar Power

What Happens in the Valley? The Middle Easterner's Guide to the World's Tech Hub

From the best coffee and pizza places, to tips and advice from Middle Eastern entrepreneurs who have spent some time at Silicon Valley, we ask MENA-based founders about their experience in Silicon Valley. 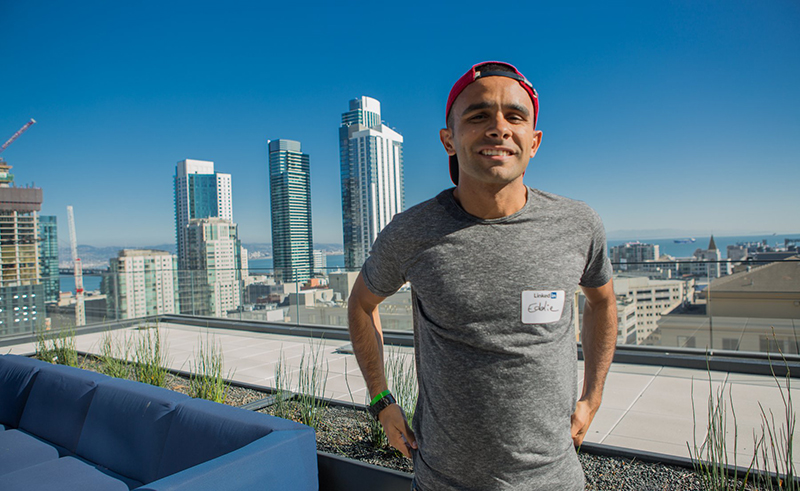 "There’s a reason why startups succeed in Silicon Valley more than anywhere else in the world," Furnwish's CEO Reham ElMasry tells Startup Scene ME. "It's because they have the right support system."

A region that finds home at the south of the San Francisco Bay Area, Silicon Valley is named after the large number of silicon chip innovators and manufacturers in the region. But that was long before the area became home to many of the world's largest high-tech corporations, including the headquarters of 39 businesses in the Fortune 1000, and thousands of startups. The Valley accounts for almost 30 percent of all of the venture capital investment in the United States, which has helped it to become a leading hub and startup ecosystem for high-tech innovation and scientific development.

"I really tried to eliminate expectations and let myself enjoy whatever I get," says AbdelQader Ahmed, an Egyptian serial entrepreneur. But he couldn’t. "I was very excited and I had this hunger to learn and explore how the entrepreneurship ecosystem works in a place like San Francisco. I work through AlMaqarr Coworking Space, ElRe7la and our partners on strengthening and developing the entrepreneurship ecosystem in Egypt and I really wanted to see a version of that ecosystem after achieving many milestones we’re currently working on." That part of the Bay Area enjoys warm mediterranean climate all year long. With temperatures rarely dropping below 13 degrees Celsius (55 degrees Fahrenheit), it is a good idea to pack a few of jackets for any surprises. "Pack light, very light, but bring a hoodie as it gets cold at night even in the summer," Lebanese social entrepreneur Layal Jebran tells Startup Scene. However that doesn't give way for gifts and shopping. "Use your budget on experiences instead of things, they’re worth it, and be persistent if you want to meet someone keep trying, you’d get your way at some point," she adds.

Silicon Valley is a boulevard of opportunities. Following a pitching contest which she took part in, El-Masry was congratulated by almost everyone in the hall, some of which approached her for investment and partnership opportunities. She even got on Stanford University Radio Station which broadcasted to listeners of the Bay Area. El-Masry got invited for an interview on Stanford University Radio Station.

AbdelQader, who was on the same trip as El-Masry, was fascinated to see this much support given to startups that are still in their ideation and early stages, such as Furnwish. "I was amazed to see many people going through all the process of having an idea, starting something, to expansion and then exit," he says. "It was great to see how they have hundreds of every resource of which we just have a couple, and how these hundreds contribute one way or another in bridging a gap or supporting those who need the support to get better."

The support given to young startups in terms of seed funding and investments to find the next big thing is AbdelQader's favourite takeout during his trip with Injaz Egypt. "If we have this amount of funds in our region, things would play differently," the serial entrepreneur says. "But I believe that every stage has its own environment of support and we’re taking steps forward everyday."

However, something that was not alarming but nevertheless disappointing was the majority of startups that the voyagers met and the conversations that took place were all too capitalist; for startups that almost originally exist to rev up ailing economies in the Middle East, this could be somewhat disturbing. "Speaking of value was not much of interest as it is in Egypt," AbdelQader says. "Maybe because in Egypt we need that value; we’re a developing country and we need to see a proper value that impacts our lives everyday. Maybe they just don’t have the same needs anymore. Things are too fast and too focused on how to start properly and to exit properly."
But that wasn't the most shocking phenomenon at Silicon Valley. "The most shocking aspect was the number of homeless people and how obvious they were on the streets of San Francisco," he says. For gamers like Layal Jebran, the best place that served coffee was Musee Mechanique.

Jebran couldn't recall any bad experiences except for commuting at night, which didn't feel very safe. Aside from that, she enjoyed the sense of accessibility to everything. "From people who are in domains to benefit from, as well as to events that happen on a daily basis in the valley and engage the community," she elaborates. Similarly, there is also access to a Starbucks outlet around every corner. "I just loved going there every now and then and network with people in the coffee place," says AbdelQader. "That was one of the best things in San Francisco; you could always speak with people even in the coffee shops." After chilling at Starbucks, the entrepreneur would have sushi with his roommate from Walgreens.

"The highlight of the trip was Chipotle, a restaurant that served Mexican food, it was so amazing to the point that we actually went there maybe 13 days out of the 14," says El-Masry as she recalls the aroma of Mexican tacos. "It was that good. I definitely recommend it; you can find everywhere in Silicon Valley, at every corner." For people who fancy seafood, Epic VR's co-founder and Furnwish's CTO, Ahmed Amin recommends Fisherman's Wharf.

On the other hand, for gamers like Jebran, the best place that served coffee was Musee Mechanique. "It’s a retro gaming place that I visited frequently," she says. "You can play old arcade games for hours at a time."

Aside from food and business development, there are several entrepreneurial touristic attractions in the Valley. Even though there's high chance entrepreneurs on a short trip to the Valley wouldn't get the time to visit all those on the must-see list, but it's advised to prepare a well-studied list of places one wants to visit before taking off to the States. The warehouse of Amazon was among the things El-Masry wanted to visit but never had the time, but there is a lot that one could visit at Silicon Valley beside all those entrepreneurial attractions. Amin was very happy that he made time to visit Madame Tussauds, but unfortunately missed out on the Golden Gate Bridge, and the Full House location at Alamo Square Park.

Also, since it's one of the things one misses out on while living in the Middle East, one might enjoy the green pedestrian-friendly spaces. During their stay, AbdelQader would go for morning runs with Omar Galal, Dina ElMofty everyday and was happy to see the number of people running along by the port.

"The experiences and lessons learned were beyond my expectations. I advise every entrepreneur to visit the bay area at some point," recommends Jebran. Whereas AbdelQader advises potential Middle Eastern visitors to forget about everything they know back home, and instead immerse in the experience, because it’s a very rich one, as per his description. "You need to make sure you absorb it all and only start reflecting when you’re back to Egypt," he says. "Don’t waste time getting upset because we don’t have this or that. Things are done differently here and we have a long way to go. But traveling to San Francisco will show you a different perspective about ambition, productivity and speed." 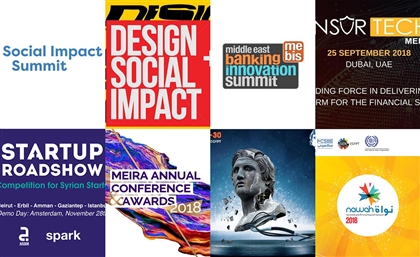 From a design workshop to a roadshow for Syrian entrepreneurs taking place in five [...] 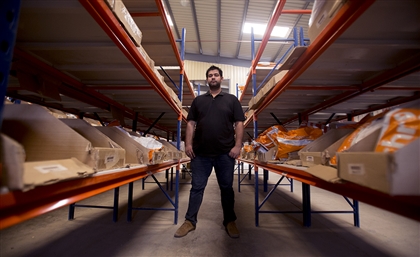 How This Egyptian Entrepreneur is Putting Courier Data In Order 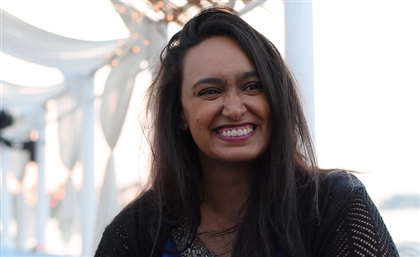 How many times have you bought a couch and found out it didn’t match your carpet [...] 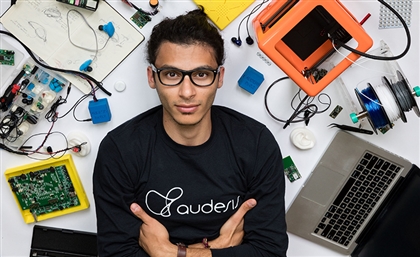 It wasn't an easy ride for 27-year-old entrepreneur Ahmed Ibrahim, who founded his [...]
Week Month Year