Meet the Winners of the French-Egyptian Startup Competition

Over one year, 150 applicants and a pandemic later, the winners of the first edition of the competition have been crowned - but this is just the beginning of what’s planned as a long and fruitful new focus on Egypt’s growing pool of innovators. 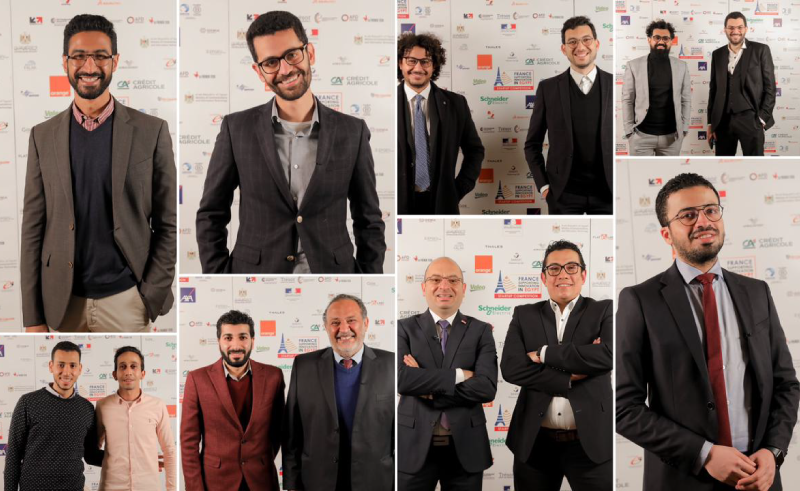 There are few entrepreneurial ecosystems in the MENA region as unpredictable and innovative as that of Egypt, a title which is slowly but surely gaining traction on the global stage. For the last few years, the French Embassy in Cairo has been one keen observer of the ecosystem’s evolution and it’s something that has been identified as key to ongoing bilateral relations between Egypt and France.

As such, the French-Egyptian Startup Competition was born in November 2019 with the mission of identifying, backing and providing a platform for some of the most innovative startups across the country, in collaboration with the Central Bank of Egypt and the Ministry of Communication and Information Technology. Over one year, 150 applicants and a pandemic later, the first edition of the three-track competition has come to a close, marking a momentum that can only be beneficial, not only to French-Egyptian relations, but also, and above all, to Egypt’s growing pool of entrepreneurs and innovators.

In identifying Egyptian startups with high potential for growth, the competition honed in on three very specific sectors, each touching on areas of cooperation between Egypt and France: health, fintech and sustainable cities. As such, the French Embassy has worked with some of France’s biggest companies, including Axa, Crédit Agricole, Orange, Schneider Electric, Danone, Sanofi and Valeo, each of which operate and hold a wealth of expertise in those sectors. Their involvement was particularly valuable as part of the competition’s virtual bootcamp, which offered participants invaluable training and coaching.

But who are the winning startups? What is it? Founded in 2018 by Ahmed Mahmoud, ElGameya is a mobile application based on a rotating savings and credit association (ROSCA) model. Allowing easy management of the ROSCA cycle, the startup allows users to either digitise their private money circles, or find other individuals of similar saving and lending capabilities to establish in a new circle. What is it? Launched with the ambitious goal of digitising all little cash in Egypt by 2030, Ocra is a mobile wallet specialising in micropayments. Launched by Khalid Khaleel in 2018, the startup also utilises its tech for a number of different purposes, including allowing public transport drivers to collect fees cashless and helping mass transit companies go digital with a view to increasing revenue. In addition, the startup's 'walking billboard' financing product allows companies to advertise at a fraction of the cost of billboards. What is it? Since launching in 2018, 3elagi has been at the forefront of healthtech in Egypt.  Within a year of being founded, the startup launched a one-stop-shop app for medication fulfillment service, as well as healthcare products and services in general, supported by a network of over 250 pharmacies. The app has racked over 200k downloads and claims over 140k customers and B2B partners. What is it? Founded in 2017, Bypa-ss is unique in that it tackles a very specific area of healthcare: the digitalisation of health information exchange through its HealthTag platform. Acting as a tenant-space for a variety of different healthcare providers (everything from pharmacies and clinics, to radiology centres and labs), the platform allows access to medical records, using a physical HealthTag card for authentication and a mobile app for access to records, while offering different services through subscriptions. What is it? Offering digital tools, data and consultancy services, Transport for Cairo was founded in 2015 with the aim of improving urban mobility. Made up of an eclectic team of software developers, transportation engineers and urban planners, the startup has served 14 clients across five different African countries. The jewel of its crown is its data management platform, RouteLab, an app-based solution that digitises and automates transport data collection, which in turn enables the planning of transportation systems. Fun fact: Transport for Cairo supplies Google Maps with information on transportation systems in the Egyptian capital. What is it? Offering automotive, insurance and fleet management companies the chance to utilise data and analytics, Hood is a telematics startup that aims at achieving and streamline operation. Since its establishment in 2017, Hood's fleet management and usage-based insurance systems have won them plenty of acclaim for also helping detect vehicle errors and build a driving score. In addition to the main prizes, two other awards were handed out to finalists that didn’t quite make the winning cut, but impressed nonetheless. The first, named the Coup de Coeur Award, was handed to NanoEbers. With its roots in the American University in Cairo, the young startup works to provide innovative solutions in health and wellbeing. In aiming to reduce exposure to toxic metals, it has developed a unique low-cost disposable chemosensor kit that provides instant qualitative detection of toxic metals in everything from drinking water to cosmetics. The other prize is the Community Award, which was put to a public vote via online innovation hub, EgyptInnovate. The people have spoken and crowned TINK as the winner. Tackling the forever complex issue of transportation sustainability, the startup's goal is to reduce traffic congestion and its negative environmental impact, aiming to do so by optimising resources and enhancing social connections through a massive transportation network. TINK's ride-sharing chatbot has gone some way to achieving these goals by providing a cashless, easy-to-use ride-sharing experience that offers incentives through a variety of redemption options ranging from cash, to free rides, to planting trees. The winners were honoured at a special private ceremony at the French Embassy, book-ending a fascinating one-year-plus journey for the debut edition of the French-Egyptian Startup Competition. While there’s a sense of finality that comes with the close of accelerators, incubators and other similar programmes, this is merely a first step for the winning startups. In addition to sharing a total prize of EGP 800K, the winners are now primed to gain to scale, expand and elevate through invaluable knowledge, market access and business acceleration support from the competition’s many partners.

For more on the French-Egyptian Startup Competition, click here.